Tell me something, what’s worse…finding a real dating site that absolutely sucks or finding one that doesn’t exist at all? I’d say both instances are pretty damn bad and something that you’d want to avoid. That brings me to the site that I recently learned about that never really existed! It’s called Snap Mingles and it’s a massive waste of time. Fear not, I’m covering everything I can here to keep you informed so that you don’t make any stupid decisions as I’ve done in the past. That said, here’s what I know about the SnapMingles.com website. 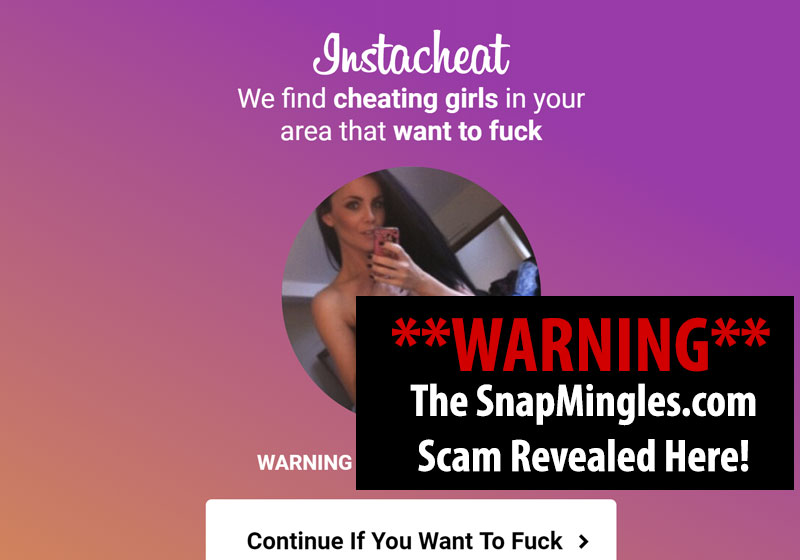 There are a lot of dating sites out there. A lot of them will help you meet up with someone. Others will try to scam you for everything that you’re worth. Still other sites simply don’t exist. You won’t make a profile on them and there are no people to meet. You won’t be filling out tests or swiping in any direction. That’s because the domains are nothing but portals that send you to other sites. That’s exactly the case with Snap Mingles. It’s just not a dating site at all.

You’ll see the ads for it all over the internet. If you click on them, then you’ll be able to fill out a few details about yourself. After that, you’ll be sent directly to SP Date. If that were a real dating site, then that would be fine. It’s not though. That’s the scam site that you should be looking out for, to begin with.

The Scam Begins With Messages

As with most scams, this site tries to convince you that upgrading your account is a good idea. They always seem to go with the same thing to make it happen. As soon as you sign up, you’re going to start getting messages. In fact, your inbox is going to be filled with them. You’ll be able to read them and they’ll sound pretty good to you. What you won’t be able to do is respond to them.

If you want to read the messages, then you have to pay for them. That’s how the scam works. They send you fake messages from fake profiles and try to get you to upgrade. When you do, you’ll see that there’s really nothing at all going on here. All of the profiles are fake and you’ve just been tricked into giving them your hard-earned money for nothing.

Everyone Makes Money Except You

The thing to keep in mind here is that one site doesn’t own the other. The portal is independently owned and operated. It makes its money by sending you to other dating sites. Today it’s this one, tomorrow; it could be something completely different.

Don’t go checking it out only to think everything is okay because you landed on a different site. It’s still going to be a total scam. You’re still running the risk of having your money stolen from you. You should just stay away from the site altogether.

Conclusion: Snap Mingles Has Nothing For You

There’s no reason to think twice about this site. It’s just a scam. Ignore it. Pretend that it doesn’t exist. There are plenty of real dating sites out there for you to use. You won’t get scammed out of your money and there will be real people to talk to. You just have to find them. Sites like Snap Mingles just want to rip you off. If you see it in an ad, report it. It’s the only way to get the sites that do this shut down for good.

Now, if you’re really, really, interested in hooking up, then all you need to do is check out the homepage on https://www.Instabang.org/ and you’ll quickly see what on earth  this site is the bomb compared to all the other crappy sites out there.