Getting a girl to go on a date with you is just the first step. You still have to try and get her to want to hook up with you, even if you’re using a casual dating site. Being that women are complicated, they can sometimes send a lot of mixed signals to men. Good news is that the girls on Instabang are like that for the most part. however, some of them are. And men being men, always think that a woman who is just trying to be a woman is trying to seduce them into having sex with them. Guys, don’t be idiots. Instead, just make sure you know what to look for in order to determine if she wants to bang you.

Most women are not interested in sex as much as men. So don’t be stupid and don’t be caught off guard if you ask her to bang and the answer she leaves you with is a flat out no. 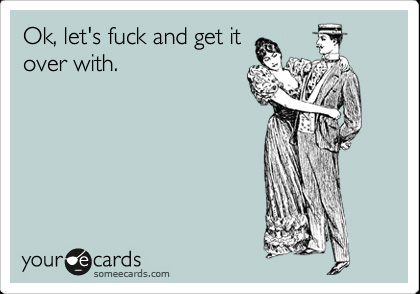 If you want to know if a particular woman you like, wants to have sex with you, she will likely give you a few very strong signals. Men with no experience will understand what the fuck I’m talking about now. If that’s you then don’t panic. We are here to help! If you’re someone who doesn’t know what the signals of a girl are that might want to bang, we’re here to help.

Here Are Some Signs She Wants To Bang You:

I know, it’s a pretty basic sign but it’s true. A lot of women lick their lips over and over when they are thinking about having sex or if something turns them on. If the girl you’re with is constantly licking her lips in front of you, she is probably thinking about something dirty. In fact, it could be a plea to have sex with you. Whatever you do, keep the conversation going in a sexual direction if possible. However, don’t be direct just try to make her desire more revealing until you are sure she wants it.

She Touches You In Certain Places

I’m not saying she’s actually going to grab your dick and proclaim that she wants to fuck. That’s not what I’m saying. However, she might try and get a bit physical with you from time to time if she’s feeling frisky. If she is even a little bit interested in getting down and dirty with you, she may start touching body parts that are often off limits to strangers.

She Wears A Revealing Dress

If she wears something that’s very sexy and revealing, she is probably trying to turn you on in some way shape or form. This might be her way of saying, “I love to dress a bit naughty and I definitely like to bang.” If that’s the impression you get then there’s a good chance you might be able to bang her. Make sure you compliment her, whatever you do! If she’s bending over a lot or putting her tits in your face then you’re in luck my friend.

Well, those are some of the simple signs to look out for in order to determine if a girl wants to bang you. Remember, keep your eye on the prize my friend and good luck! And if she wants to bang, then you better bang her good!