I’ve been using both online dating sites and the standard local public meeting tactic to hook up with some local women. I know some friends that are taking the same approach and they are really having a much harder time than I. It’s not because I’m a professional either. It’s simply because they blow their chances all the time. I’m going to share how they do so just so you can avoid doing the same. 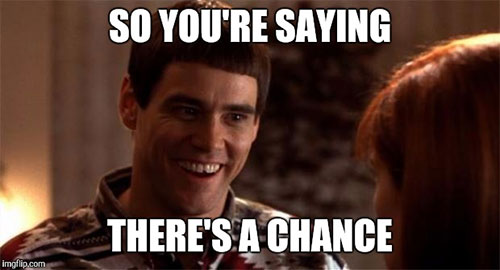 Here’s How To Blow A Dating Chance

Not Approaching Women
If a woman makes eye contact with you, that means she is interested in you. I’m not saying she wants to fuck you, but she’s somewhat interested in you and has this sense of wanting to knwo more about you. The mistake that most guys make is that they don’t act on it. You should approach a woman that makes eye contact with you. If you simply ignore her, you’re not going to get anywhere. Her eye contact is basically an open invitation to start a conversation with her. The same goes for if a girl messages you on a dating site. If you ignore her then you’re an idiot!

You Don’t Ask For Her Number
If you’re talking to a girl, then you’ve got to ask ehr for her number. Most girls aren’t going to come right out and give you their phone number. They expect you to ask for it. The best thing to do is to get your small talk out of the way as quickly as possible. That way you can start working on her. Whether you’re messaging with a girl through a sex network or if you’re at a Starbucks in line getting coffee, be confident and ask the girl for her number.

You Don’t Follow Up Timely
Not following up in a timely manner can cost you a date and even a fuck session. If you put in the work to get her number and you take no action at that point, then you’re just an idiot with a number. Number don’t mean shit. What you do with that number is what matters most.

You Try To Be Cool
Women can tell when a guy is trying to hard. It’s like they have this sensory that allows them to identify when someone is really trying too much. If you’re trying to be too cool, then you will look like a douchebag and she’ll think just that of you.

You Chat Too Long
Chatting is great but that is not the objective here. If you’re chatting with a girl online for too long or on too many occasions and it’s not leading to anywhere but another chat, well my friend, you may have blown your chance of going on a real date let alone hooking up with someone.

Not Inviting Her Back
If you don’t invite a girl back to your place or to a hotel, then how do you expect to get laid? A female isn’t generally going to invite you back to her place. Instead, you have got to be a man and take some initiative. You will get laid more if you so serious interest and take action.

Now, if you find yourself doing any of these things on a regular basis, then I suggest you snap the fuck out of it and start changing your ways if you want to bang girls!