Sometimes people just don’t click. Other times, the chemistry is incredible. That said, some women will make it obvious if you are not their type, but others remain inconspicuous. These women either don’t want to be mean and outright reject you. Another reason they may not come clean with you is because they want to keep playing the game to get your attention without any intention of dating you.

Luckily, there are signs to look out for which say that she is not into you at all. If you spot any of these signs, it’s best to cut your losses, save your dignity, and move on. Here are the major signs that will let you know that a woman is not into you. Heck, you must remember that the basic objective is to bang a girl, not marry them. Don’t let your feelings get the best of you buddy. 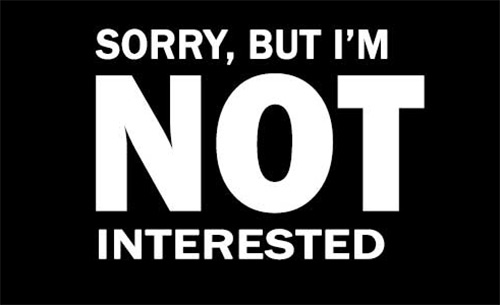 Some Signs That She’s Not Into You At All

She spends time with her ex – This would be the final nail in the coffin of any prospects you had of staying with this woman. This stage usually comes after she’s been talking about her ex and you ignored it. She gave you signs to let you know that she wasn’t into you, but you soldiered on, hoping for the best. If she’s talking to her ex, even if she insists that it’s innocent and she doesn’t have feelings for him, you might as well start looking elsewhere for a date.

The bottom line is this, if you’re dating a girl and she’s putting you through this crap, then get on a casual dating website and start searching for something else. All you need is an instant hookup to make things better. Who needs a damn girlfriend anyway these days!